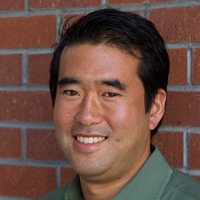 Ma is famous for being the leader and card counter with an MIT team that won millions of dollars by using strategies devised by Ma for playing blackjack. The group was so successful that it was the inspiration for Bringing Down the House by Ben Mezrich as well as for the Robert Luketic film called 21, which starred Hollywood actor Kevin Spacey back in 2008.

Ma spoke at Iowa State University on Nov. 3rd and had a lot to say about the similarities between playing cards and the business world. He said one of the important things he learned from card playing is that decision making is crucial, no matter what the decision is, it’s important to take a stand on something.

He added that there isn’t any such animal as a losing or winning streak when it comes to blackjack and business. He said it’s all about to making decisions and how much you put into the process that makes somebody successful or not. Ma said looking into the past is a good thing as it’s actually the best way to predict the future. But he warns that can’t be the only thing you base it on.

According to Ma, people shouldn’t place all of their eggs in one basket and come to decisions that aren’t objective just because the decision was their idea. He thinks that there should be a collaborative effort in both card counting and business.

Some people may have been surprised when Ma said the main thing in both worlds is to associate with people you can trust. He said it doesn’t matter how good they are at counting cards or successful they are in business if they can’t be trusted.

Ma emphasized that above everything all else, players and those involved in the world of business shouldn’t quit no matter how easy it may be. He said it takes a special person to recover from bad decisions in life and that’s what makes most people stronger.

He finally added, if you’re playing a game of blackjack you should always stand if you have 20.

There are now several online casinos offering players to bet on Blackjack, the most popular casino game, with live dealers just as you were in the actual casino. Learn how to play Blackjack or read some of our Blackjack strategies before you get seated. Click the banner below to try one of the top live dealer casinos when it comes to playing Black Jack.

If you're looking for live Roulette games we can truly recommend any of the live dealer casinos listed on this page, and you play with a real dealer on an actual casino. This way you can fully trust the results and you can enjoy this exciting casino game even more.